The Typical American Breakfast – The Most Unhealthy Meal of the Day

For the first few decades of my life, breakfast made me feel miserable. I kept eating it anyway, because as they say, it’s the “most important meal of the day.”

What I didn’t know is that in the last century, breakfast had become the day's most unhealthy meal.

The Typical Breakfast – Your Day's Most Unhealthy Meal

My name is Jon, the founder of Complete Start (more on that later).

As someone who suffered from irritable stomach issues for most of his life, I thought breakfast was supposed to help me energize in the morning. It didn’t.

At 7am, I would have eat a typical American breakfast...cereal and milk, or maybe a bagel with cream cheese.

By 11am, my stomach twisted in knots while my brain was screaming for lunch (talk about confusion).

My Crohn’s Disease made matters worse. The pills I took left me feeling and looking sick and tired. I’d soon discover that changing my breakfast would completely alleviate my Crohn’s altogether--much more than pills could ever do.

But first, a quick history lesson on breakfast.

Pills left me feeling (and looking) sick and tired.

We’ve been eating breakfast for thousands of years, and long ago, it was truly a healthy meal.

Historical evidence shows us that Roman soldiers cooked a plant-based breakfast upon waking, which gave them lasting energy throughout the day(1).

Even in America, breakfast was once healthy. The first American breakfast “cereal,” created in the late 1800s, was a plant-based invention by doctor and nutritionist Dr. John Harvey Kelogg(2).

If that name sounds familiar, it should. Starting in the 1950s, sugar consumption more than doubled3, largely in part to the company (and other breakfast creators as well) that named after Dr. Kelogg. 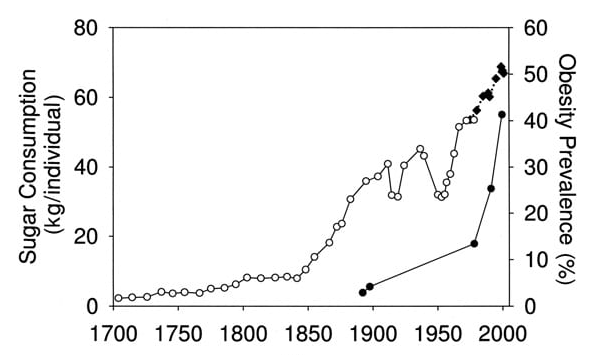 By modern day, breakfast’s reputation as a nutritious meal had become its own downfall: insidious marketers distracted us with repeating “breakfast is a healthy meal” so often. Distracted, we failed to notice that they kept sprinkling more and more sugar, never realizing the moment it was no longer healthy.

So I invested a small fortune into working with some of the world’s top nutritionists and trainers.

In the process, I learned a few things--for example, while some superfoods like Flaxseed are included in a lot of breakfasts, others like Amaranth and Sorghum aren’t, simply because most people haven’t heard of them.

I began experimenting with a few formulas and used myself as a test subject. Soon, I was full of energy. I no longer felt horrible all the time.

Best of all, my Crohn’s went into remission and symptoms all but disappeared.

Friends commented that I looked healthier and wanted to try my shakes. The more I gave them out, the more they suggested that I turn it into a true product.

Amaranth: The Superfood No One Has Heard About 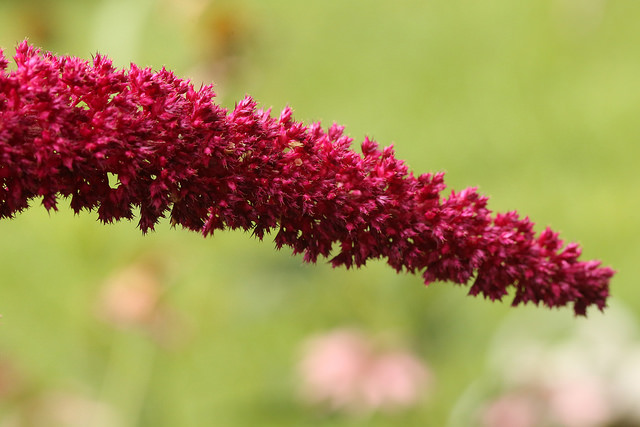 "Best plant based protein shake I have ever tried"

Try Complete Start and Become One

“How do we make a delicious, gut-healing, habit-building breakfast?”

That’s the question that myself and our expert nutritionists started with. We also wanted it to be allergen free and settle easily in the stomach.

We ended up with three key pillars to Complete Start.

We knew that we had to select a “base” to work with, so we selected amaranth, an ancient grain that’s much healtheir than wheat.

Wheat contains gluten--a subtance that’s incredibly difficult to digest. Amaranth on the other hand is a much healthier alternative. Not only is it gluten free and contains many more micronutrients, it contains more easily digestible protein as well.

Everyone knows that vegetables are healthy and can be superfoods in their own right.

Ever wonder why we don’t eat them more for breakfast?

It’s because they’re slow to digest. Frankly, it isn’t pleasant to feel like you have a rock in your stomach at 8am in the morning. This is especially true for people with existing digestion issues.

So we took fresh organic vegetables and added a novel twist. We freeze-dried and pulverized them, making them much easier on digestion. Suddenly, I was able to comfortably eat a salad for the first time in my life.

This one actually took a few tries. We knew that we wanted an additional protein source. The question was--from what?

We tried a few different options. Animal-based proteins like whey, milk, and egg proteins either ended up making us feel too "bloated" or were too allergenic.

We then switched to plant based proteins. While they were easier on the stomach, we realized that some were incomplete protein sources or tasted downright wrong.

Then we stumbled on pea protein. It was a complete protein and, believe it or not, downright delicious (you couldn’t taste the pea-ness at all).

The above is a quick summary. In reality, the process was incredibly long, but we didn’t want to bore you to death because we could have written a book on our entire formula (which we may do at some later point).

We ended up with a product that we can proudly say makes breakfast healthy again. 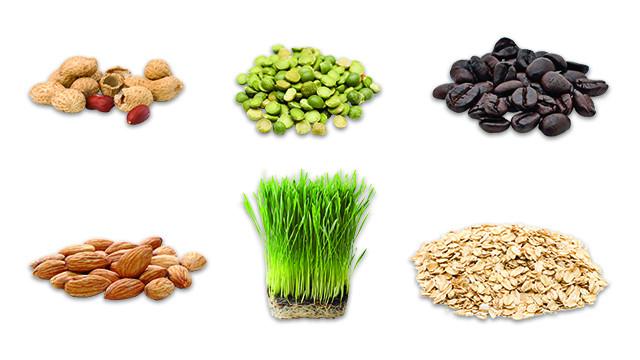 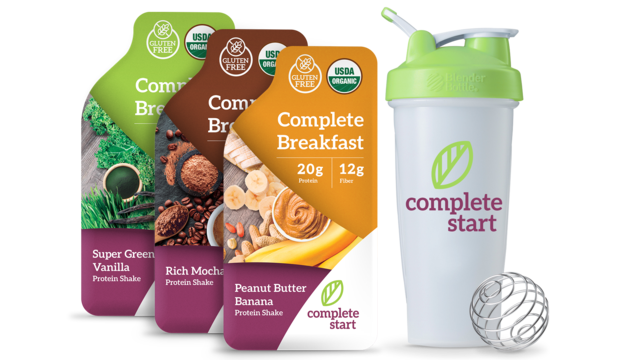 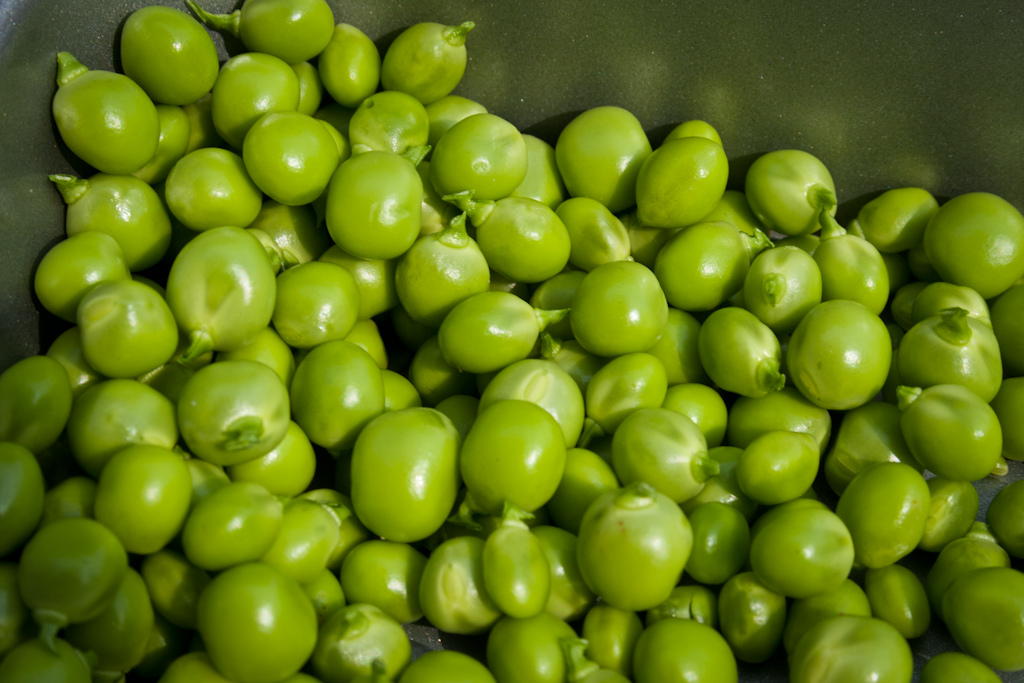 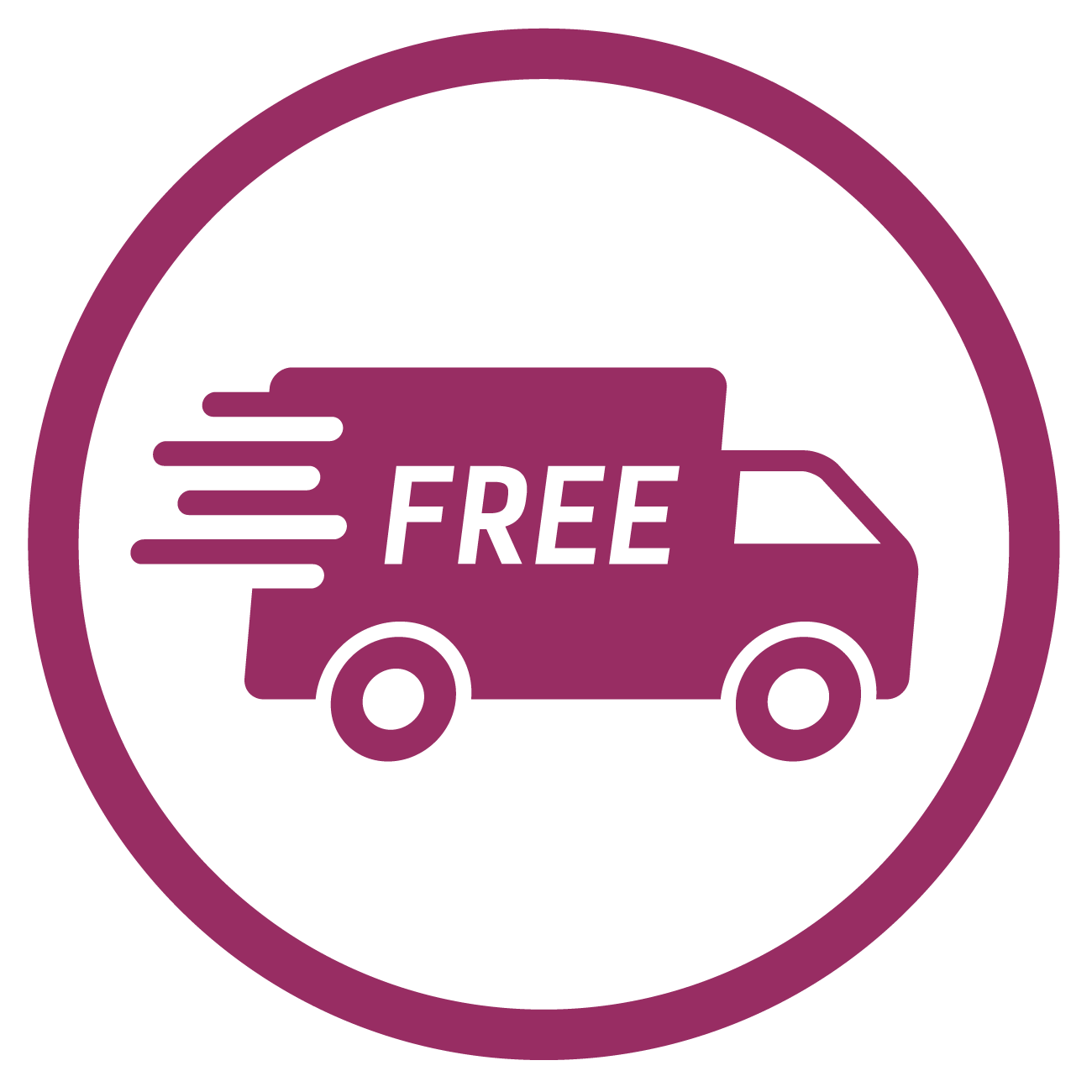 Select your favorite flavors plus a BlenderBottle® Classic™ shipped for free 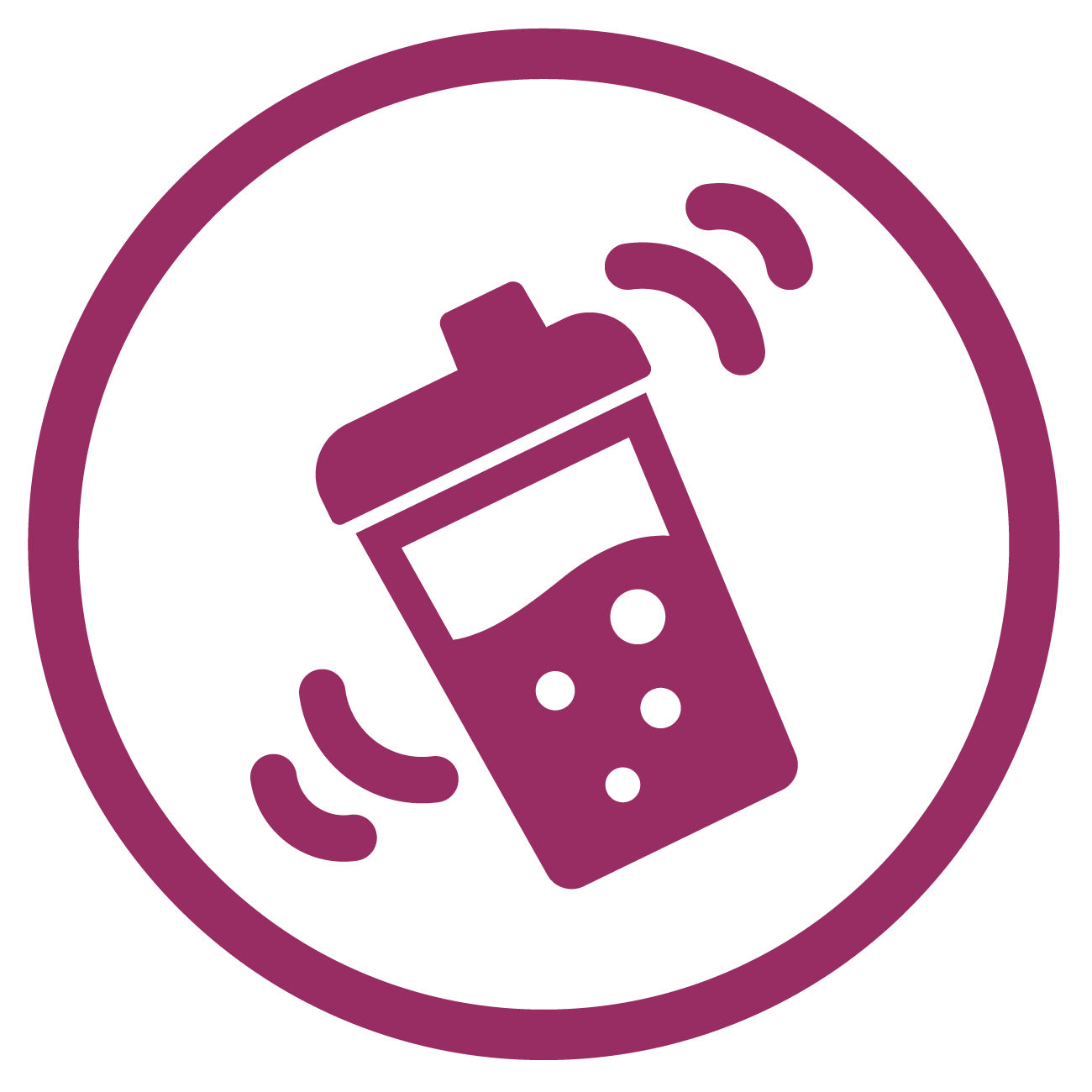 Pour powder into shaker cup and shake with water or your favorite milk.

Get 50% OFF Your First Month 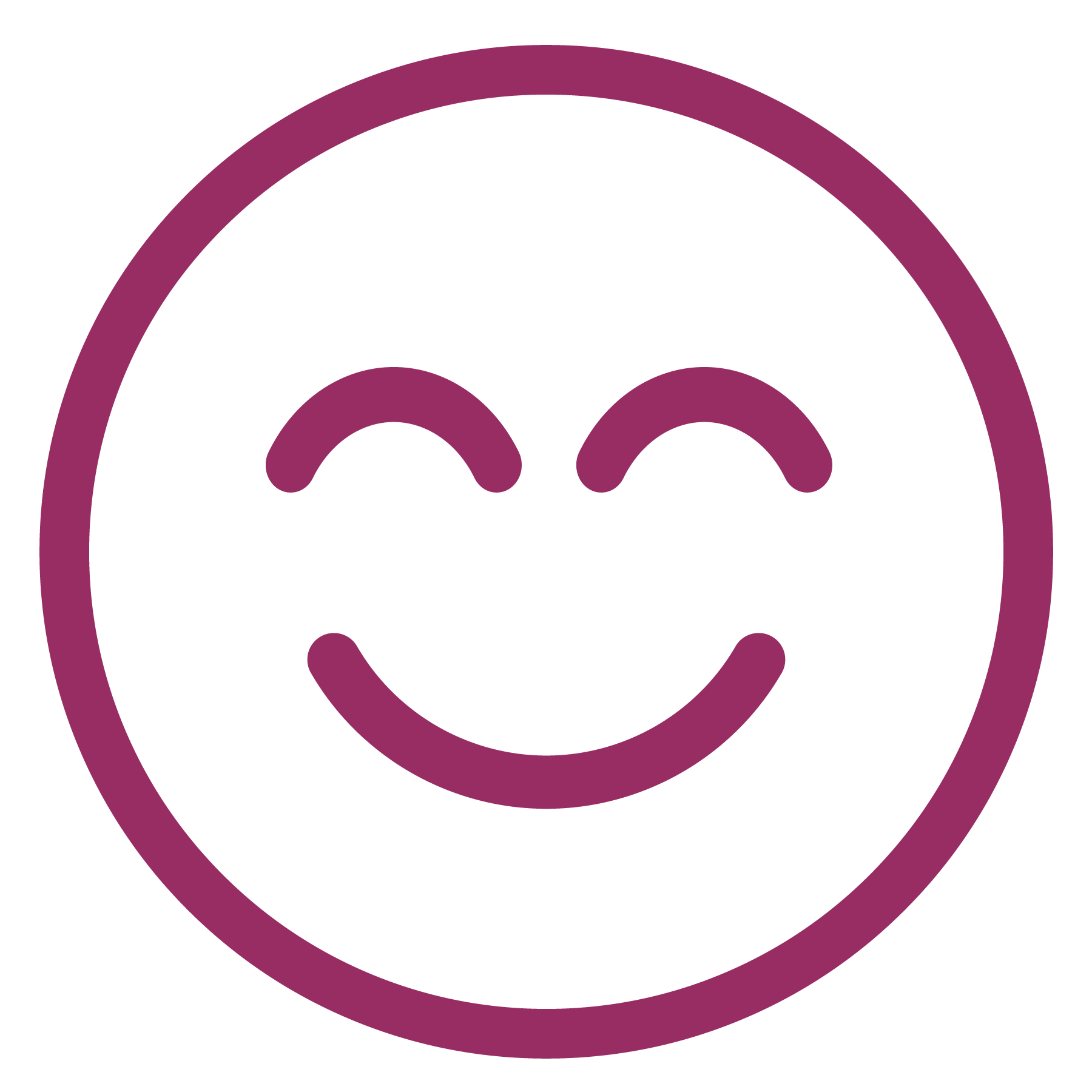 Purchase in the next 24 hours and get 50% OFF your first order of Complete Start when you subscribe monthly.

That means you'll be getting breakfast for less than $2.04 per shake

All you need to do is purchase a monthly subscription before the timer hits 0. Just use the discount code 50OFFXPT at checkout.